This view was supported by their extended family and religious community. An ethics consult was then requested. 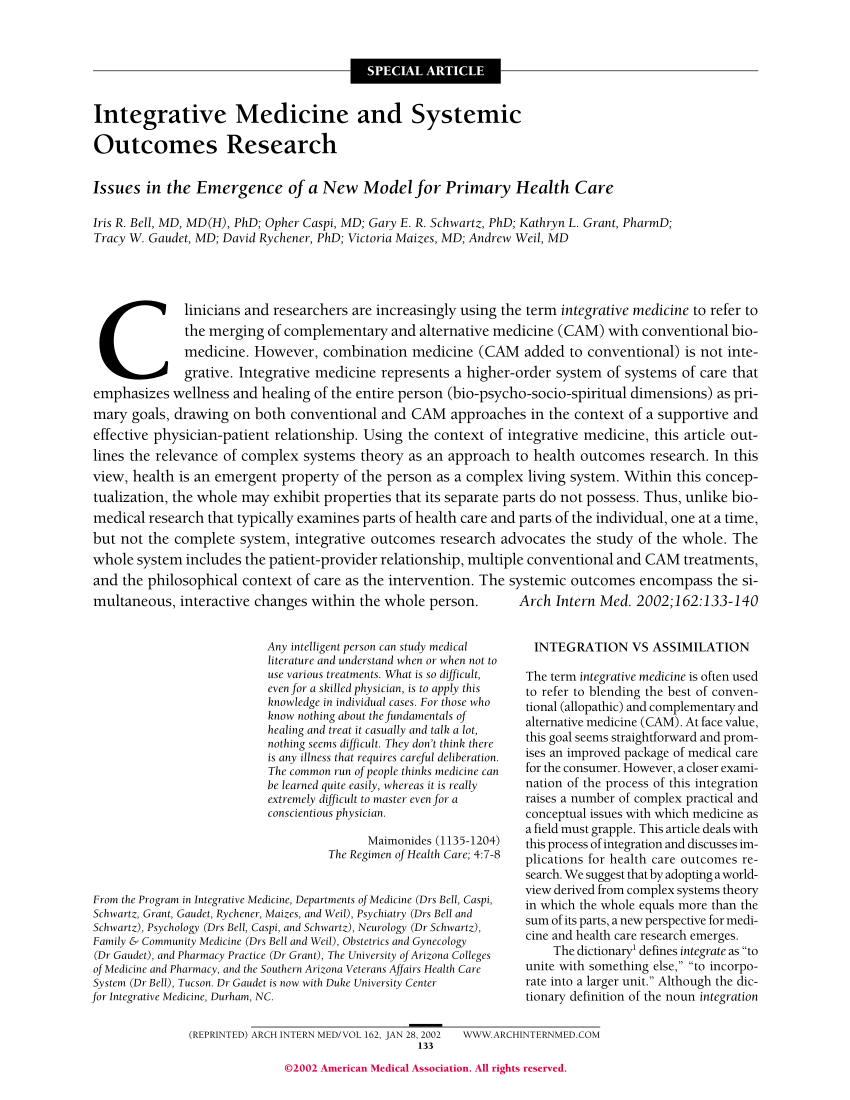 Although there were some disagreements, the lead managing team was adamant to proceed with aggressive treatment for the infant. The parents reluctantly agreed but continued to voice their concerns about the future. After a few weeks, the infant improved, but his ability to feed orally was sporadic and expected to worsen, so a gastrostomy tube was also advised.

The parents were reluctant, but again felt they did not have a choice and the procedure was done. On discharge, the clinic attempted to engage the family providing as much flexibility and control to schedule appointment dates and times as possible, in an effort to meet the family's needs. The family remained distant and at times noncompliant, in particular the decision maker father.

The infant was discharged home with weekly home care nursing and social work visits ordered for weight, oversight of the prescribed diet, and support. At first, the family was resistant to having home visits, but soon, they saw that moving the care to the home provided them with more control.

This was an important first step in regaining some of the trust in health care professionals. There were pressing needs of the family that the home care staff was able to address. The most concerning to the family was the huge medical bills that were accumulating and the frequent calls from the bill collectors. They had no idea how they would meet the payments. The home-care social worker helped the family enroll the infant on Medicaid. After completing the complex paper work, the coverage was backdated. The family avoided bankruptcy. This help was another important step in winning back some trust for health care professionals.

One of the nurses had a similar cultural background to the family and was able to connect with the mother. Connecting over shared memories of growing up, foods, and challenges in adjusting to the US society provided another opportunity to reestablish trust in a health care professional, even if not the whole health care system. The family permitted weekly nurse visits but was often noncompliant for clinic and laboratory appointments. The family's deep desire was to return to their home country, even if just for a visit, but the fear of the medical community's potential actions kept them from pursuing this.

As trust grew with the home care staff, the mother began to discuss her wishes with them.

The team collaborated with the clinic team and the health insurance company to develop a plan. Finally, after complex and time-consuming negotiations, an agreement was reached for the family to return to their home country for a visit. The insurance company was willing to provide 3 months' worth of medications and specialized formula.

The family longed to get back to their home and supportive community.

They left successfully but did not contact the medical team again and were lost to follow-up. This case is complex and reflects a only a small part of the complexity of ethics within a multicultural community.

With rapid development in technology, cultures from across the globe are working and living together. It is increasingly important to develop best practices for building understanding and communication across difference. The international literature search did not produce as many articles as hoped for; however, there were a number that were informative.

There is relatively little in the recent literature regarding nondominant culture parent requests for palliative care over aggressive therapies for their fatally ill children. A literary search was done using CINAHL and PubMed, looking at cultural differences in choices for medical care, specifically refusing advanced medical care when the prognosis was unknown and the child would need lifelong medical intervention. However, the factors influencing these situations can be complex and multifaceted. Spirituality and religion are major factors in decision making for many families, and their experience and views are based on their background and upbringing, which may be very different from those of the medical providers.

In eastern religions-for example, Hinduism-the death of the body is like changing clothes; reincarnation happens after death, and the ultimate goal is to obtain Moksha or release from the cycle of death and rebirth. For some, there is concern about making heroic attempts to interfere with the timing of death. Culture is often closely tied to religion. The United Nations Education, Scientific and Cultural Organization describes it as a set of features of a society that encompasses all aspects of life, including spirituality.

This includes active listening on the part of the health care professional to better ensure understanding of the families' background and how it may affect their decision-making process. Society and community often play a large role in decision making, where the emphasis is on the good of the society, not just the individual; for example, in the United States, this is seen in the Amish community.

Although there are many different views within this group, many do not ascribe to social security or government aid, including medical insurance, 16 and have developed their own community medical funding. Their "Hospital Aid" provides assistance to families who have major medical expenses but pool resources to administer their own health care. Public health focuses on the good of the community, but how that is administered varies according to the society and politics at the time.

Individuals connect by both verbal and nonverbal methods. There are many different accepted norms and languages across the world and are seen in the patients and families in our health care institutions.


A lack of understanding of the differences and what they mean can be a critical barrier to good care. Even with all these differences, generally, both parents and health care providers seek the best interest of the child. However, when the definition of what is in the child's "best interest" differs, problems often occur. When considering what is in the child's best interest, one must look at the holistic picture of what is the best interest. It is essential for the health care team to have a thorough understanding of the parents' religious and cultural views that may challenge the accepted norm.

In this case report, the parents' view of what was best for the child was based on religious beliefs, community support, and cultural norms that they would return to, and not on Western medical ethics. Yet the child was born in the United States, where there are different medical practices, standards of care, and ethical guidelines. When encountering any complex pediatric case, sound ethical analysis must be used, including analysis of the principles of beneficence, nonmaleficence, decision-making authority, and justice.

In this case, both providers and parents believed they were advocating for the child's best interest, although they used different metrics of beneficence. The 2 parties disagreed intensely about the level of harm inherent in treatment. The medical team perceived the treatments to be low risk and not overly burdensome.

The family saw extreme suffering as their son was forced to endure a highly medicalized life and frequent and unpleasant interventions and assessments and to accept a limited ability to participate in aspects of family life and culture. The question of justice is primary to this case as it concerns fair resolution between competing points of view. This case highlights a growing challenge in an increasingly global world: Whose ethics and whose cultural norms will guide us?

Ethical perspective is context specific and cannot be separated from cultural norms and values. These situations are simply too new to have a universal moral viewpoint-one that would be true across all cultural contexts. The story of these parents invites the inquiry, who has the right to determine the course of action and what criteria should guide that decision making?

In the United States, it is widely accepted that parents have the right to make decisions for their children. There is widespread agreement that parents generally love their children, make lifelong commitments them, and will be the ones to care for the children throughout their lives.

In keeping with the Supreme Court decision, Prince v. Massachusetts, the American Academy of Pediatrics advises that physicians must intervene when parental refusal puts the child in imminent physical harm. However, the dilemma becomes more complicated once the most urgent action has been taken. Current ethical consensus advises that health care decisions for a child should be made through shared decision making between parents and providers, 29 but there are often barriers to achieving this goal.

Although all parties agreed on wanting the best for this baby, it is rarely possible to achieve the aspirational "best" and it is impossible to define "best" across cultures. Even if, in the end, the recommended course of care cannot be altered, are there ways to honor parents' concerns about their child's emotional and spiritual well-being with the respect and sacred attention that these concerns deserve? In this case, the parents assigned greater value to emotional and spiritual harm, along with issues of identity and culture.

They did not want their baby to live an "abnormal, highly medicalized life," with frequent hospital admissions. Health care providers working in pediatric critical care have necessarily accepted highly medicalized lives for some children, but this does not make it universally acceptable. These parents also recognized that this condition would alter their baby's ability to participate in the fullness of life within their family's culture, including his capacity to become a parent himself someday.

Within their religious framework, they believed their most compassionate act as parents would be to allow their baby to die peacefully and move on to his next place in God's plan, rather than suffer.

Perhaps most importantly, the parents were quite well informed and knew that treatment would be unavailable when they returned home. Neither ongoing nutritional management via specialty formulas nor necessary pharmaceuticals would be available to them. This family eventually returned home and their son was lost to follow-up.

By mandating medical interventions, was this baby's life extended, or was his dying process prolonged?